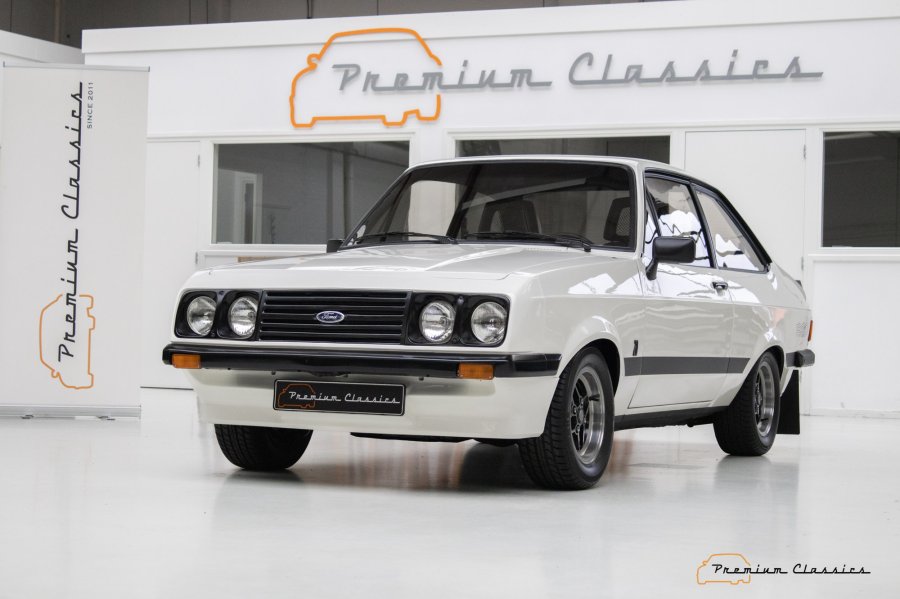 The Ford Escort MKII RS2000 might be one of the most iconic car models ever. The nimble and fun Ford Escort was responsible for many drivers' first drift and has always played an important role in rallying history, even today.

This 1980 Ford Escort RS2000 only has 46.000 km's on the odometer and has a white exterior colour that matches perfectly with the Chocolate Brown interior. It's in absolute perfect condition from the bottom to the top. The engine is the 2.0 litre pinto engine that made gave the RS2000 the edge on the other models. 110 horsepower might not seem that much but combined with the low weight of this car and the four-speed manual gearbox, this was enough for an acceleration to 100 km/h in under 9 seconds.

In total, over 4 million Ford Escorts have been sold worldwide, from the first generation to the last one in the early 2000's. It has proven to be an incredible car but the MKII RS2000 was the one everybody wanted. This sporty line can be recognized by its aerodynamic grille made out of polyurethane with double, round headlights. Nowadays, a RS2000 is very hard to find, surely with a low mileage and in original condition like this one.

Many people tried stepping into the footsteps of rallying legends like Björn Waldegard, Ari Vatanen or Hannu Mikkola, who all performed great in the World Rallying Championship in the Escort MKII in the late 1970's. In 1979, Ford was even crowned World Champion and both Waldegard as Vatanen took the Drivers World Title in an Escort. The result was that many rally fans throughout the years bought Ford Escort MKII's, making the survivors that were kept original even more rare.