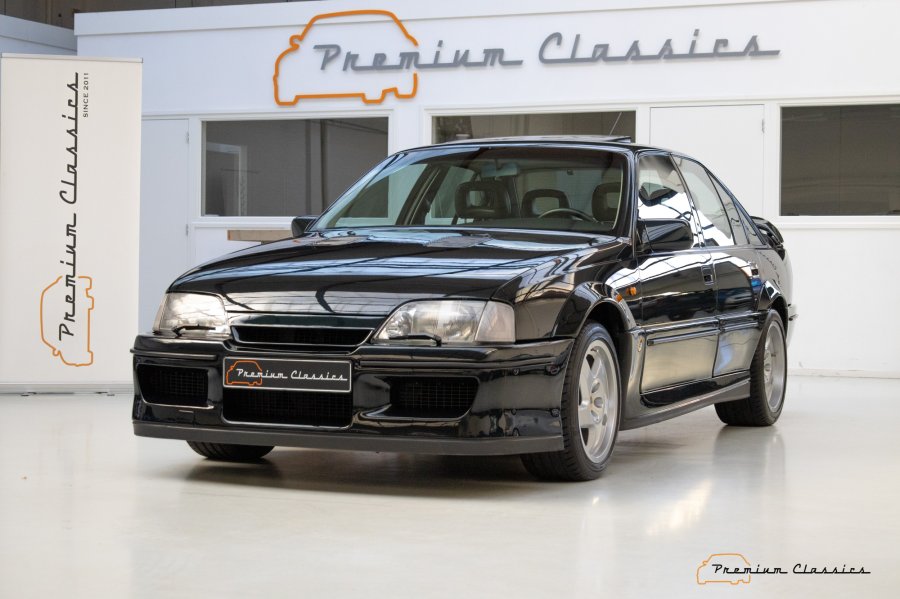 It is 1990 and you are standing at a red light next to a brand new Ferrari Testarossa. The driver in the car next to you revs his V12 and is ready to go full throttle at the green light. The light turns green and you let the engine of your Lotus Omega roar. The 377 horses are running on full speed and you're already thinking about which car you're gonna beat next.

That is what the Lotus Omega is to us, the underdog that leaves everyone behind, limited to only 630 LHD pieces. It was a collaboration between Lotus and Opel where they worked in harmony to create this wonderful car. Both brands were part of the General Motors group at the time and other parts like a Corvette ZF gearbox and AP brakes were used. It was so fast that the British parliament tried to ban the Lotus Carlton in the United Kingdom.

But first of all, we have to talk about the 3.6 litre twin turbo that they put under the bonnet of this sedan. This immediately made it one of the fastest production sedans in the world. It was then fitted with an exclusive body kit that made the car even wider and more stable at speeds up to 283km/h. Even when standing still it looks extremely fast.

The car was produced between 1990 and 1992 and was only available in Imperial Green. According to Opel/Vauxhall and Lotus, you don't have to change a thing. Of course, we totally agree with them! Let's talk about the specifications for a moment. The Omega was equipped with a 6-speed manual gearbox and the interior was fully upholstered in black leather. This sedan had a torque of 557Nm and that was really a lot in those days. The only four door sedan that was competitive to this one is the Alpina B10 BiTurbo who had less horsepower but a slightly higher top speed. Mercedes 500E? Maybe in the rear view mirror. Audi S4 or BMW M5? Never heard of that!

This legend only has 95,000 kilometres on the odometer and has had two former Swiss owners. It was a real garage sleeper that received a completely new engine at its 65,000th kilometre and the papers are present. Discover this beautiful piece of history with us in the showroom or view all the information on our website. We are pleased to introduce you to this legend.