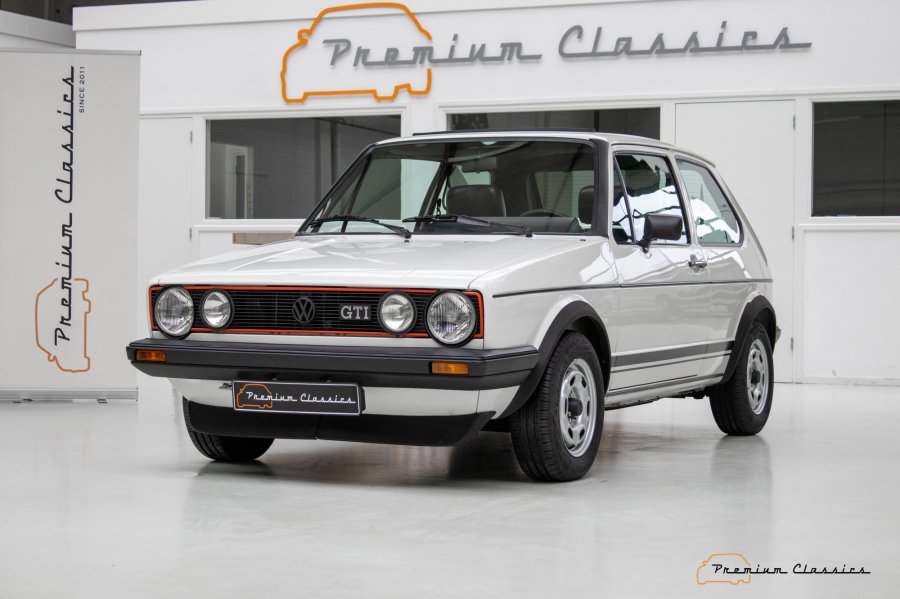 The Volkswagen Golf currently has eight generations, all due to the brilliant MK1 that set the tone for all Golf's to follow. Historically, the Golf is Volkswagen's best-selling models with around 40.000 million Golf's being sold worldwide. On average, a Golf has been bought every 40 seconds since the introduction in 1974. A water-cooled front engine in a compact car was a radical design change for Volkswagen but proved to be the right call with almost 7 million MK1's being sold worldwide.

Now let's go to back to 1981. The year where Ronald Reagan became the 40th president of the United States and where the Train a Grand Vitesse (TGV) made its first ride in France, becoming the fastest train in the world. But no one really cares because there's just one thing you actually want. While The Rolling Stones announced their hit 'Start me up', you were dreaming of starting up your Golf. And not just any Golf, you're looking for the fastest one out there. The 1.6 GTI is a true pocket rocket. Don't be fooled by the 110 horsepower number because combined with a kerb weight of only 832 kg's, this is enough for a 0-100km/h sprint in just 8,8 seconds. The 80s are often described as 'Decade of Greed' but that doesn't surprise is. We would be greedy as well if you could drive a Golf GTI.

But wake up! It's 2022 now. You can only look back at passed times and think 'those were the days', right? Wrong! This is your chance to relive the good old times without having to worry about reliability. The 1981 Golf GTI 1.6 we're offering is in mint condition and only has 72.000 km's. 80% of this classic is still in original paint and all original paper stickers are still present. Thanks to its sliding roof, 5-speed manual gearbox, green tinted heat-insulating windows and reinforced rear springs, this Alpine White Golf is specced perfectly. The original red & black fabric interior gives this car the right retro look. Don't hesitate to ask us for more information about this part of Volkswagen history.
Neem contact op